The Growing Trend of Life Without a Bank Account | CARD.com 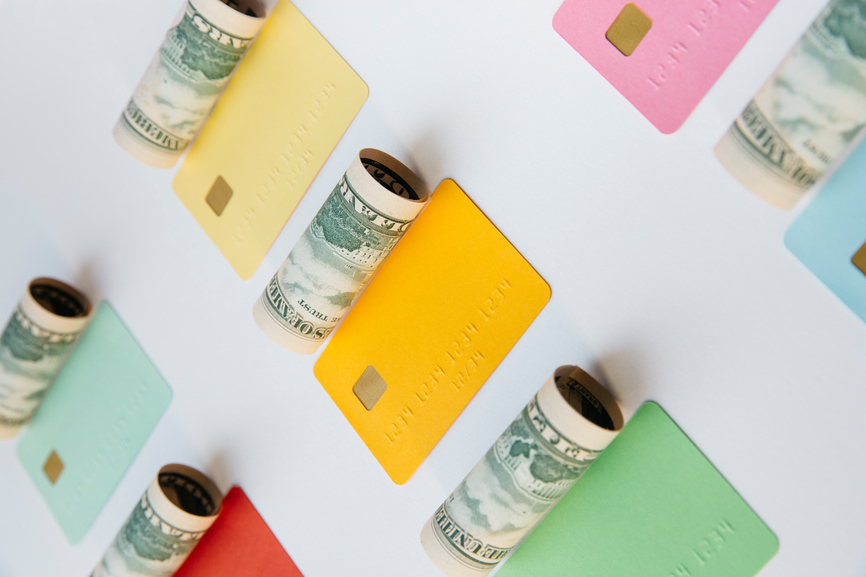 It was the fees that finally drove Joel Lawton away from his traditional bank account.

A Dallas area mortgage loan officer, Lawton’s income is entirely commission-based, meaning it can vary greatly from month to month and week to week. He makes a good income—around $50,000 total in most years—but the way that most banks determine their fees and billing schedules never really worked for his personal financial situation.

And it all came to a head after a $9 overdraft.

“The bank’s monthly fee of $15 was assessed, but I did not notice and charged like $5 in gas,” he said recently, remembering the specific incident that put him over the line. “My account went $9 over. Then they bounced four ‘pending’ items as well, so my fees were suddenly $200. I protested and offered $100 for my mistake. They refused, and charged me $9 a day until my account was brought current.”

He admits he was “in a bad place with commissions” at the time—as evidenced by the fact that the bank’s $15 monthly fee pushed him into the red—and was unable to settle the account immediately, so the fees kept piling up. By the time it was over he had a negative $346 balance and a chip on his shoulder.

All over a simple mistake.

So Lawton paid his debt and left the world of traditional banks behind, shifting his financial life to prepaid cards. He’s been doing it this way for nearly a decade now, and admits that the approach is not without its challenges, but that the advantages—and the savings—more than make up for the hurdles.

“Sure, a branch location would be nice for cashing paper checks,” he says, “but a 24- hour check casher works too, though the fees can be high. And it would be nice to be able to take a picture of those checks and deposit them that way, but I am sure that will come soon too.”

He currently has his commission payments deposited directly to his prepaid card, just like he would with a standard checking account, and says he can even receive wire payments in excess of $10,000 this way if he needs to. His also likes the fact that his prepaid card sends him a balance alert after every purchase he makes, ensuring he knows exactly what his balance is on a daily basis. This has been a nice change from his old bank account, he says, and it helps him keep better track of his fluctuating finances.

From there, life as an “unbanked” prepaid card user is pretty straightforward. Lawton uses the card for all of his regular bills, and it works just like any other debit card at retail stores and online. Some cards charge fees to add money to the balance or to make certain purchases, but he’s been able to identify the cards that strike a good balance between the services he needs and the fees he’s willing to pay.

It’s a setup, he says, that works well for his unique income schedule, and he can’t imagine ever going back to a “regular” bank.

Lance Roy, a warehouse associate with Amazon in Florida, tells a similar story, and has had his salary paid directly to a prepaid card for years. He now pays almost all of his bills via mobile apps, using his prepaid card to get money orders at the grocery store anytime he needs a physical payment, such as for his rent.

For him, the prepaid route has helped him better keep his finances on track and recover from some earlier money mistakes. His debit card acts as a de facto budgeting tool, forcing him to pay attention to his spending and preventing him from getting in over his head.

“I am all for someone who has been in a financial crisis with their former checking accounts and budgeting to utilize payroll debit cards,” he says. “And most employee debit cards do not charge fees like the prepaid cards purchased at a cash register in a store. It can work well.”

Both Lawton and Roy are members of the growing number of American adults who are living without a bank account. These are consumers who, by choice, forgo the banking system and effectively live their lives off the “financial grid,” using prepaid debit cards, money orders, and other alternative financial products to manage their money.

And their ranks are growing.

The concept of going without a bank account has hit the mainstream in recent years, as new financial technologies and services have emerged that make it not only possible to do this, but accessible to a wide range of people. From direct deposit, to digital bill pay, to prepaid debit cards, it is now easier than ever to do without a traditional banking arrangement.

A new definition of “unbanked”

First, though, let’s clear up just what we’re talking about here.

The terms “unbanked” and “underbanked” have long been used to refer to low-income consumers who either don’t have access to traditional banking services or have been left out of the mainstream financial system for some reason. Often these are people who leave their bank after a job loss and never go back, or are immigrants without the necessary paperwork to open a new account. Workers in rural areas often fall into this trap as well.

And it’s not a small segment of society. According to the Federal Deposit Insurance Corporation (FDIC), roughly 7% of U.S. households—representing some 10 million households—were unbanked as of 2013, the most recent year for which survey results are available. A full 20% percent of U.S. households, or about 24 million, were what the FDIC considers underbanked that year, meaning that they had a bank account but also used alternative financial services outside of the banking system. This could include anything from barter, to businesses like check-cashing stores, money transfer outlets, car title lenders, payday loan providers, pawnshops, and rent-to-own stores.

This type of arrangement comes with some downsides, often including high fees and limited options for consumers. But the idea of living this way, on purpose, has recently taken hold among millennials and others who don’t fit the traditional idea of the “unbanked.” Although they have ready access to traditional banks, they’re attracted to the simplicity and straightforward nature of prepaid cards over the more full featured (and more complex) world of banking services, and are willing to pay the price to streamline their financial lives in this way.

According to the Federal Reserve Bank of Boston, roughly 20% of all Americans are currently using prepaid debit cards as part of their overall personal finance picture, with as many as 10% receiving benefits and income directly from their employer on prepaid cards. While how many are using them as their primary personal finance tools is still unclear, given the multiple options now available on the market their numbers are sure to grow in the coming years.

So how does it work? What goes in to making the switch from a traditional bank account to a prepaid financial life?

We asked Lawton and Roy how, specifically, they make modern life work without a bank account and discovered that, as with everything, preparation is the real key.

Income: The majority of U.S. companies now offer direct deposit for their employees, and most of those services allow paychecks to be electronically deposited into a user’s prepaid account. That’s the simplest way to load a prepaid debit card, they say, and is often the option that offers the lowest fees. Beyond that, cards can be reloaded either online or with cash at any number of retail locations, but those options do often carry fees.

Payments: Online bill pay has been a boon to prepaid debit card users, allowing them to pay their bills directly without having to use physical checks. For those vendors that don’t yet accept online payments, money orders are still a popular option among non-bank users, and are widely available. And that’s to say nothing of simply paying bills in person with the debit card for local services like utilities.

Savings: Long-term savings is one area where many individuals without a bank account may feel left out. Yes, it is possible to set aside a prepaid account as a de facto savings account, diverting money to it as it comes available, but this arrangement leaves plenty to be desired and doesn’t pay interest. Another option for long-term saving outside the realm of traditional banking is the simple U.S. savings bond. Available for purchase directly from the U.S. Treasury, these savings vehicles are available in a wide range of amounts and interest rates and provide a safe, secure way to save for the long term, without having to sign up for a savings account.

Selection: No matter what, both Lawton and Roy stress that choosing the right prepaid debit card is critical when transitioning away from a bank account. Fees and terms can vary widely from card to card—some charge fees for each transaction, for instance—and can have a significant impact on your financial flexibility if you aren’t careful. It’s also important to shop around for new prepaid cards from time to time, they say, in order to make sure you’re getting the best deal and carrying the best card for your specific financial situation.