How to Use Prepaid Debit Cards as an Alternative to Checking | CARD.com 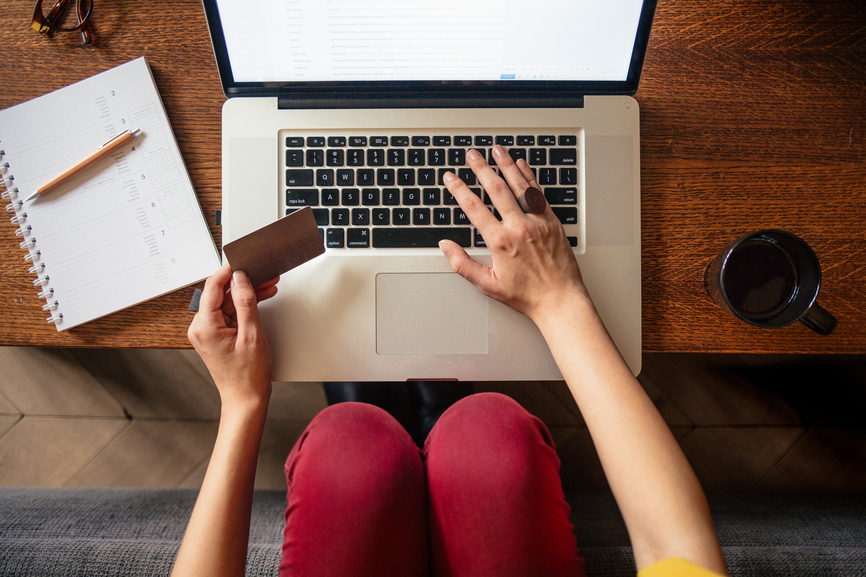 The traditional checking account is, by and large, the most popular banking option among American consumers. However, there’s another tool gaining popularity — the prepaid debit card.

The Pew Charitable Trusts reported roughly 12 million people used prepaid cards at least once a month in 2012, the most recent year available. Prepaid cards accounted for 800 million transactions worth $20 billion in 2003. That transaction volume soared to $317 billion in 2015, estimates BusinessInsider Intelligence. Once you start to look at the advantages of these cards, you can begin to understand why five percent of adults have made the switch.

What are prepaid cards?

Prepaid cards work fundamentally the same way a debit card would, but with a few exceptions.

Their fee structures vary widely and often differ from their debit counterparts, particularly in terms of overdraft and maintenance fees. According to Spendology CEO K. Alexander Ashe, they may be more convenient for consumers who want to plan their finances in advance: “Prepaid cards offer a defined and predictable fee schedule with many of the benefits of a bank account or debit or credit card including retail purchases, ATM withdrawal, direct deposit, and online access.”

All the benefits of traditional checking

With a prepaid debit card, you can have all or a portion of your paycheck deposited directly into your account, usually at no charge. You can skip the bank lines or check cashing locations. Or just bring your cash and load up your card at any number of participating retailers, including CVS, Rite Aid, 7-Eleven or Walgreens. There are even smartphone apps that will allow you to load paper checks to your account.

Once money is loaded onto the cards, they function just like credit cards, so you can buy virtually anything at physical stores or online. You can also link them to virtual wallets such as PayPal or Google Wallet.

People living in urban and suburban hubs might take them for granted, but traditional brick-and-mortar banks are not universally available across the United States.

According to JB Donaldson, VP of Card Strategic Solutions at Xerox, roughly 88 million Americans are either unbanked or underbanked.

“I think it’s important to remember that the unbanked population is fiscally smart due to their constant awareness of their financial status,” Donaldson said, “But they still need access to tools to help them improve their money managing skills.”

One of the best benefits of prepaid cards is the fact that your personal information is the extra protection they provide over traditional checking accounts. Since the card strictly contains only the money you put on it, you won’t have to worry about a cyber-thief ruining your credit.

In the event your card is compromised, most issuers are very responsive in terms of returning your account back to normal.

A notable segment of consumers adhere to “envelope budgeting” or the idea that you should set aside a certain amount of cash for each of your expenses each month (i.e. rent, groceries, etc.). The reasoning: If you prepare for these purchases in advance, you’ll be more in control of your budget and less likely to miss important payments.

Instead of storing physical cash in envelopes (which is marginally less safe than storing it under your mattress), you could instead transfer that cash to a prepaid card, which you’ll only use for those purchases.

Along the same vein, parents can give prepaid cards to children as a form of allowance: the cards allow them to conduct all the same transactions they normally would, but prevents them from overdrafting the account or using it for monthly subscriptions (i.e. no surprise Netflix accounts).

Your credit score plays a huge role in nearly every account you open, whether it be for a checking account, credit card, loan, and so on — except for prepaid cards.

Prepaid card issuers don’t check your credit score during sign-up, making them a great option for people who might have bad credit due to a bankruptcy or poor financial planning.

“According to reports from the Federal Reserve of St. Louis and the FDIC, many of the under-banked and unbanked utilize prepaid cards because they do not qualify for a bank account,” Ashe said.

Because you deposit money onto prepaid cards first, the issuing company assumes little risk by simply offering a platform for your cash. Credit cards, on the other hand, advance you the cash and hope you’ll pay later, charging you interest for the privilege.

Fee structures among prepaid card vary wildly, so much so that the Consumer Financial Protection Bureau proposed universal disclosure requirements (similar to credit cards) so consumers understood the costs of the card upfront.

However, some prepaid cards are actually more cost-effective in terms of fees, especially if the consumer has a tendency to overdraft their account — since prepaid cards rely solely on the funds you put on them, overdraft fees are typically not an issue.

“The fees associated with one overdraft could be enough to rattle the financial world of an individual that is unbanked or underbanked as many are in a lower socioeconomic status,” Ashe said.

Regardless, it’s always a good idea to carefully review the terms of your prepaid card before signing up for it.